Heavy Cream Vs. Half And Half – Which One Is The Best?

As the resident ‘foodie’ at my place of work, I normally field questions related to food. One of the most common questions I answer is, which is the best cream between heavy cream and half & half cream.

Many people ask me whether they can substitute either of these two for the other. The heavy cream vs. half and half debate has been on for quite some time now. Most folks are clueless on which of the two to use on which recipe. Cream has remained an indispensable addition to countless recipes. The difference between different creams is the milk fat amount in each. Milk fat is a substance that rises naturally right to the top of unhomogenized milk. The cream – fat layer at the top – is separated from the milk and then pasteurized.

​You can buy creams in different grades based on fat content.

​The following are the most common cream grades: 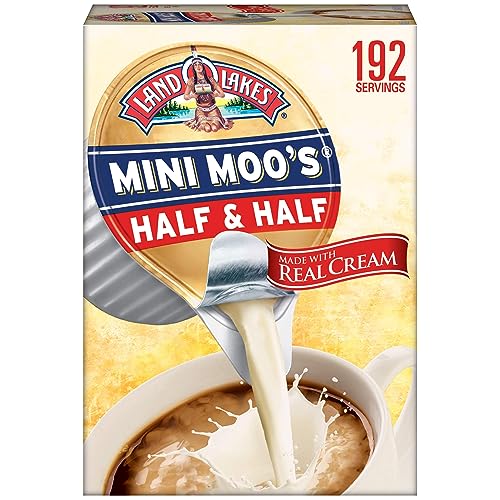 This cream is a mixture of equal parts cream and milk. It is between 10.5 – 18% milk fat. Half and half cream is mainly used on cereal or coffee Whipping cream also goes by the name light whipping cream. It contains 30 – 36% milk fat. It is used in soups and sauces. You can also use it as a garnish for your desserts. Heavy whipping cream is the other name that refers to heavy cream. It contains between 36 – 40% milk fat. Heavy cream is the richest cream available. It comes in handy for making desserts and thickening sauces. It is better compared to whipping cream when it comes to making whipped cream.

Heavy Cream vs. Half And Half – Which One Should Be Used Where?

The one you choose depends on what you intend to make. For savory recipes that call for cream like soups, cheese sauces, gravies or mashed potatoes where specific amounts of moisture are not crucial, then either of these versions will work. In fact, they are considerably better compared to using milk. Nevertheless, it is always important to remember that regular whipping creams normally add some additional moisture.

When it comes to baked dishes like quiche, pot pies, scalloped potatoes or any other dish that additional moisture might result in the dish being watery, it’s prudent to use heavy cream.

For dessert dishes, half and half cream is the best.

​Having looked at the various instances to use either of these creams, let us now look at each one of them and unique features they boast. Read on. This cream is commonly found in the gourmet stores. Compared to whipping cream, heavy cream whips denser. It is great at whipping up well and holding its shape. When whipped, heavy cream doubles in volume

Typically, it’s used in coffee. While you can’t whip this kind of cream, you can use it in place of heavy cream in an array of recipes. You can also use it to replace whole homogenized milk in certain recipes for a richer and fuller flavor.

Recipe For Half And Half Cream

For your home cook, it’s always great to have cream on stock. Fortunately, the small pint containers retail at slightly over $1. What’s more is that you can use them in an array of dishes. However, half and half cream is something that you’ll never have to purchase at many times since it’s easy to make it at home.

Add equal parts cream and milk inside a jar, cover with a lid and then stir/shake for 10 seconds for it to combine.

Making heavy cream at home is a breeze.

Method
In order to make a single cup of heavy cream, mix 1/3 cup melted butter with 2/3 cup of whole milk. Really, it’s that simple. Alternatively, if you do not have milk at hand, you can mix 7/8 cup half and half cream and 1/6 cup butter.

Plenty of substitutes for heavy cream exist if rich stuff is not your thing. For instance, Greek yogurt is the best lighter option. It tends to have a little more thickness and tang compared to regular cream.

Are you lactose or vegan intolerant? If yes, then the good thing is that you can make your own blend at home using soy and tofu milk.

Whether added to a sauce or poured strawberries, cream is undoubtedly one of the most delicious treats nature has to offer. Unquestionably, life wouldn’t be the same without cream. Simply put, cream is the yellowish fatty component of un-homogenized milk, which accumulates on the surface. The butterfat amount normally determines how well it’ll whip or how stable it’ll be.

When compared to low fat creams, the higher fat creams tend to have a richer texture and taste better. Additionally, this kind of cream doesn’t curdle easily when you use it in cooking. Tomato paste is usually made by cooking tomatoes to decrease their moisture and produce a rich, sweet concentrate. It’s utilized in an array of recipes as a sweetener, binding agent

The nutty and creamy flavor of the fontina easily makes it one of the best cheeses in the world. But what is fontina cheese? Fontina is a cow’s milk cheese that

Mahi-mahi has become one of the most popular edible fish these days. You are probably wondering, “What does mahi-mahi taste like?” Well, you have come to the right place. As I still remember the first time watching my mom baking her Albers cornbread. It was tasty, and the flavor was the best. When I’ve grown up, I always want to